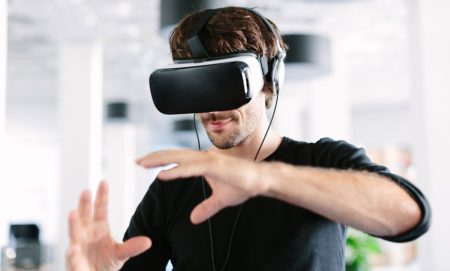 Today’s Groupon Vancouver Daily Deal of the Day: Sprite Multimedia Systems: $19 for One or $39 for Two hours of Virtual Reality Gaming (Up to 51% Off)

This deal is a very hot seller. Groupon has already sold over 400+ vouchers at the time of this post.

Click here to buy now or for more information about the deal.

Fine Print
Promotional value expires 120 days after purchase. Amount paid never expires. Appointment suggested but walk-ins will be honored subject to availability. Limit 3 per person. May be repurchased every 365 days. Merchant is solely responsible to purchasers for the care and quality of the advertised goods and services.

What Kind of Game Do You Want to Play?
If you’re new to gaming, check out our breakdown of video-game types for help selecting a portal into a virtual world of fantasy.

Role-Playing Game: Originally born from old pen-and-paper role-playing games (RPGs) such as Dungeons and Dragons, these games require players to complete a series of quests as they progress toward a linear story’s conclusion. Plot and character interaction are important here, and you’ll often take a large role in defining your character’s traits and skills.

Great if you were a kid who: acted in the school play; customized your Barbies with haircuts and crayoned-on makeup

First-Person Shooter: These games put powerful weapons in your hands, and instead of controlling a puppet-like character on screen, you’ll see the world from your character’s eyes. There are options for story- and mission-based play, and shooter games often sync with an online platform that lets you face off against players from around the world.

Great if you were a kid who: turned every inanimate object into a gun; took fencing lessons

Open World: Instead of following a strictly linear story, open-world games nestle a core story inside a large world full of dozens—if not hundreds—of side quests and adventures. While the main story may take no more time to complete than a standard game, the additional quests allow for hours of extra gameplay.

Great if you were a kid who: buried treasure in the back yard and drew elaborate maps

Massively Multiplayer Online Game: MMOGs are most often played on PCs and require an internet connection. Games are constantly populated with characters created by thousands of players. They might team up—in groups of 2 or 200—to accomplish quests, or they might fight against each other.

Great if you were a kid who: played sports; campaigned for class president

Episodic: Instead of presenting one massive story at the outset, episodic games deliver short scenes on a semi-regular basis, which build on each other to create a richly developed narrative. These games are downloaded straight to players’ consoles or computers, and often focus more on story than on combat.

Great if you were a kid who: devoured chapter-book series whole; preferred continuity in your Saturday-morning cartoons

Examples: Tales from the Borderlands, The Walking Dead, Life is Strange