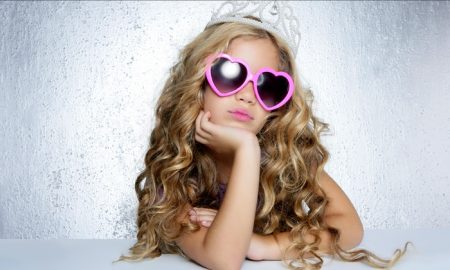 Today’s Groupon Vancouver Daily Deal of the Day: KidVenture Kids Kut: $268 for Spa Birthday Party for 12 Kids with Optional Mother-Daughter Spa Day (Up to 50%Off)

In addition, the birthday child receives a DVD of the party, a $20 gift, and a complimentary hairstyle.

Salons’ technicians will always have their work cut out for them, as nails never stop growing. Check out Groupon’s study of the science behind their constant regeneration.

Whether replacing fat cells at the rate of 10% each year or spawning new skin cells by the minute, the human body is in a constant state of regeneration. Besides our hair, nowhere is this continual growth and change more evident than in the nails. Highly vulnerable to chips and snags, fingernails compensate for the abuse by growing approximately 0.1 inch per month, regenerating completely in around four to six months. Toenails, by contrast, grow at a rate about three to four times slower, taking up to 18 months to fully bloom again.

The process begins beneath the skin’s surface just above the first knuckle, at a site known as the nail root, or nail matrix, which produces the tough, transparent keratin protein that makes up each nail. From this subcutaneous factory, the nail crawls across the flat, sensitive portion of skin called the nail bed, continuously growing until it’s either trimmed or gets stuck in a filing-cabinet keyhole. As the nail continues to sprout, the outer tissue on its bottom edge—called the eponychium—and the skin that frames it on the sides—called the folds—hold it in place and protect it against foreign invaders such as dirt, bacteria, and water. Along the way, dead skin cells from the eponychium embed themselves to the nail plate—forming the pale, crescent-shaped layer known as the cuticle, which functions as a sort of dam sealing off the eponychium and further protecting the body from impurities.

In a study attempting to explain why the growing rate of British thumbnails have increased from 3 millimeters (about 0.12 inches) per month in 1938 to 3.55 millimeters (about 0.14 inches) today, researchers at the University of North Carolina proposed this theory: “A rapid change in the environment, lifestyle and health conditions—such as diet, physical activity and body composition—has occurred over the past 30 years.” Indeed, there are a number of variables that determine how fast a nail springs forth. The amount of vitamin D a person receives, for instance, has shown to affect growth, so nails tend to flourish faster in the plentiful sunlight of summer. Age is another factor—children grow their nails at an incredibly fast rate until reaching puberty, at which point their nail growth slows down by 50%. Even right- or left-handedness plays a role, as nails tend to come in more quickly on the dominant hand, which is why volleyball players spike with their opposite hand to avoid popping the ball.

Need to Know
Fine Print and Helpful Information
Promotional value expires 180 days after purchase. Amount paid never expires. May be repurchased every 90 days. Limit 1 per person, may buy 1 additional as gift. Limit 1 per visit. Reservation required. Merchant’s standard cancellation policy applies (any fees not to exceed voucher price). Limit 12 kids. Each additional child is $15. May be repurchased every 30 days. Merchant is solely responsible to purchasers for the care and quality of the advertised goods and services.