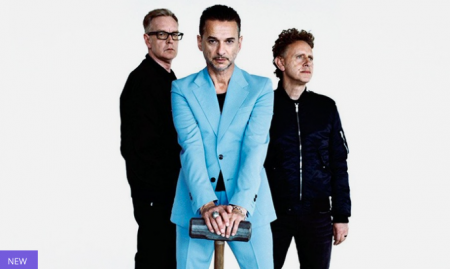 The Fine Print
Promotional value expires Oct 26, 2017. Limit 8/person. Valid only for option purchased. Refundable only on day of purchase. Must purchase together to sit together. Merchant reserves right to substitute closer seat. Disability seating cannot be guaranteed; contact box office prior to purchase for availability. Holder assumes all risk in connection with the event and releases Groupon, Ticketmaster, venue and their affiliates from any related claims. Not redeemable on mobile app. Ticket value includes all fees. Live Nation is issuer of tickets – discount reflects current ticket prices, which may change. Merchant is solely responsible to purchasers for the care and quality of the advertised goods and services. Offer is not eligible for Groupon promo codes or other discounts.

The Band: Easily one of the most influential, beloved and best-selling musical acts of all time, the team of Martin Gore, Dave Gahan and Andy Fletcher pioneered electronic music for the masses when they exploded on the scene in 1980. In the following decades, they’ve won critical and commercial acclaim throughout the world, sold over 100 million albums, played to over 30 million fans across the globe, and influenced innumerable artists with musical innovations.
The Hits: The band’s 13 studio albums have hit the Top Ten in over 20 countries, yielding dance floor staples such as “Personal Jesus,” “People Are People,” “Just Can’t Get Enough,” and more. Their last studio album, 2013’s Delta Machine, debuted at No. 1 in 12 countries, followed by Depeche Mode’s Video Singles Collection, a definitive 3 DVD library anthology containing more than four hours of their groundbreaking music videos. In 2017, the band is hit streak continues with…
The New Album: Spirit, the band’s 14th studio album, which is already garnering scores of critical acclaim. Q Magazine calls it “the most energized Depeche Mode album in years.”
The New Single: The potent, timely, and catchy “Where’s the Revolution,” which critics and fans alike are touting as a “return to form.”