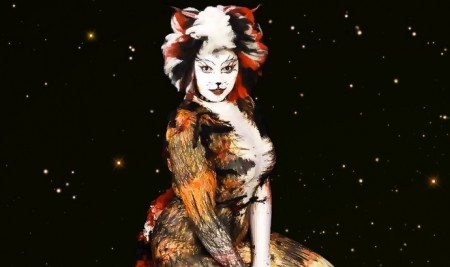 This deal is a very hot seller. Groupon has already sold over 150+ vouchers at the time of this post.

This is a limited 6-day only sale that will expire at midnight on Friday, December 18, 2015.

In a Nutshell
Tony-winning and record-breaking musical turns T.S. Eliot’s poetry about a group of mythic cats into a spectacle of music and dance

The Fine Print
Expiration varies. Limit 8/person. Valid only for option purchased. Redeem on day of show for tickets at venue box office. Refundable only on day of purchase. Discount reflects merchant’s current ticket prices, which may change. Disability seating cannot be guaranteed. Contact box office prior to purchase for availability. Ticket value includes all fees. Not valid in combination with promo codes. Parking not included. Merchant is solely responsible to purchasers for the care and quality of the advertised goods and services.

Take the poetry of T.S. Eliot, the music of Andrew Lloyd Webber, and a little dash of feline mystique, and you get one of the longest-running musicals in the history of Broadway and the West End. A massive hit when it debuted in New York in 1982, the unconventional—but instantly iconic—Cats went on to win seven Tony Awards. Perhaps more importantly, it stuck around for almost two decades, taking 7,484 curtains before its final bow. Part of its seemingly endless appeal? A concept that practically begs for inventive design. The cast of actor-singer-dancers bring Eliot’s cats—Old Deuteronomy, Rum Tum Tugger, Macavity, and the rest of the Jellicles—to life with the help of colorful costumes, elaborate makeup, and a back-alley playground of a set. With all of that in mind, it’s no wonder the show seems to have at least nine lives.

Its aesthetic isn’t the only thing that makes Cats a classic. Webber’s score is filled to the brim with toe-tappers, but the song that’s become a bona fide standard—covered by everyone from Barbra Streisand to Barry Manilow—stands out for its solemnity and distinct lack of playfulness. Yes, “Memory” packs enough emotional power that not even its constant rotation in elevators around the world can dampen its heartbreaking expression of regret.