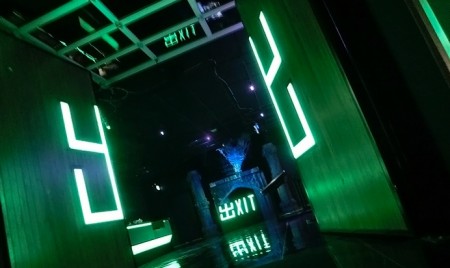 With today’s Groupon great deal to Exit- Beckwith, for only $49, you can get Room Escape Game for Two, $99 for Four, or $149 for Six! That’s a saving up to 21% Off! You may buy 1 vouchers for yourself and 1 as gifts & the Promotional value expires 120 days after purchase.

The Fine Print
Promotional value expires 120 days after purchase. Amount paid never expires. Valid Sunday through Thursday only. May be repurchased every 90 days. Limit 1 per person, may buy 1 additional as gift. Not valid for use until January 1, 2016. Not Valid on statutory holidays or March 12-28,2016. Merchant is solely responsible to purchasers for the care and quality of the advertised goods and services.

Even though the idea of an escape room is to… you know… escape, the escape rooms at Exit- Beckwith may keep pulling you back again and again. The irony isn’t without reason—this multi-challenge facility features a streamlined narrative that weaves through seven meticulously designed rooms and even separate visits, thanks to player cards that keep tabs on each escapee’s progress through the levels, puzzles, points, and weapons required to win. Read on for some details about the mythology, themes, and tools in the game:

The mythology centers around the Great One Desire, or G.O.D—a mad scientist intent on destroying the world. Players’ follow G.O.D.’s path through time-travel, immortality, and alien invasions in order to advance through the levels and destroy him.

The themes are structured by difficulty and journey. Players can traverse through the Empire of Atlantis, down to the underground environs of the Terracotta Mausoleum, and then through airships, volcano mines, and the final adventure, the Boss Room, where weapons and points culminate in a chance to defeat G.O.D. Each of the seven themes last 45-minutes.

The tools include weapons granted to players with completion of every theme, as well as points and tools from solving puzzles. Teams must have all six weapons in order to advance to the Boss Room.

The player cards keep track of each player’s gaming history, including past weapons, points, and levels earned in order to create a consistent quest that lasts from visit to visit and ups the stakes on the game.