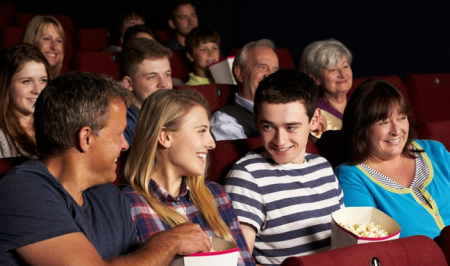 Today’s Groupon Vancouver Daily Deal of the Day: Rio Theatre: $22 for Two or $32 for Four Tickets and One or Two Large Popcorns (Up to 50% Off)

This is a limited 1-day only sale that will expire tonight at midnight (Thursday, December 26, 2019).

The Fine Print
Promotional value expires 90 days after purchase. Amount paid never expires. Entire value must be used in one visit. Not valid towards live events or private rentals. Includes GST. Limit 2 per person, may buy 2 additional as gift(s). Valid only for option purchased. Merchant is solely responsible to purchasers for the care and quality of the advertised goods and services.

Now that it has been fully restored, the Rio Theatre immediately recalls the splendor of its grand opening in 1938. Hiding behind the old-fashioned aesthetics, however, are a digital HD projector and surround-sound speakers that immerse filmgoers in an eclectic array of cinema classics. Showing films again as of April 2012, the theatre’s movie selection ranges from newly released Indie Films that range from, award winning documentaries, to feature dramas, thriller, fantasy, horror, though the program coalesces around a love for pop culture that the owners share with their most ardent fans. The Rio now has a licensed bar service at concession, allowing guests to take their wine, beer or cocktails to their seats.

Aside from the daily show times, cult classics screen at midnight on Fridays. Guests from all walks of life come out to these packed showings, where they can snack on popcorn made with real butter or win prizes for dressing in costume as their favorite character or key grip. The 420-seat theatre also hosts concerts and events throughout the year, including past performances by Janeane Garofalo and local musicians Bend Sinister.