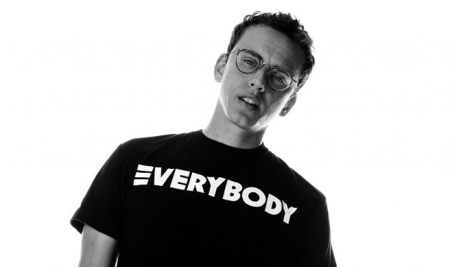 LivingSocial Vancouver Daily Deal of the Day: Logic: $49 for one general-admission standing ticket (up to $87.85 value)

His Continued Rise: Coming a long way from his humble beginnings in Gaithersburg, Maryland, Logic has grown into one of hip-hop’s brightest stars with multi-platinum singles, billions of streams, and performances at the Grammy Awards and MTV Video Music Awards.
“1-800-273-8255”: This is the number for the National Suicide Prevention Lifeline and the title of Logic’s quadruple-platinum single advocating mental health and suicide prevention awareness. The song—featuring singers Alessia Cara and Khalid—earned two Grammy Award nominations and has a music video that’s been viewed more than 326 million times on YouTube.
His Latest Project: On March 9, 2018, Logic caught fans by surprise with the unannounced release of his latest mixtape, Bobby Tarantino II, which features guest contributions from 2 Chainz, Big Sean, and Marshmello, the latter of whom appears on the single “Everyday.”
NF: This Michigan rapper hasn’t wasted any time since he debuted in 2015, releasing three studio albums including 2017’s Perception, which debuted at No. 1 on the Billboard 200 behind the hit single “Let You Down.”

The Fine Print
Promotional value expires Jul 16, 2018. Limit 8/person. Valid only for option purchased. Redeem on day of show for a ticket at the venue box office. Refundable only on day of purchase. Must purchase together to sit together. Ticketmaster is issuer of tickets – discount reflects current ticket prices, which may change. Disability seating cannot be guaranteed; contact box office prior to purchase for availability. Ticket value includes all fees. Merchant is solely responsible to purchasers for the care and quality of the advertised goods and services.