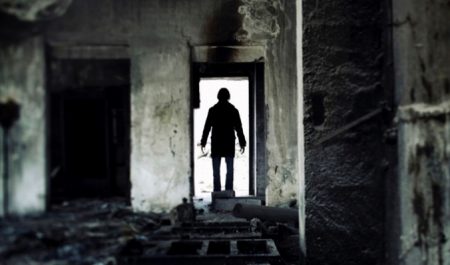 This is a limited 3-day only sale that will expire at midnight on Tuesday, September 20, 2016.

The Fine Print
Promotional value expires Dec 19, 2016. Amount paid never expires. Limit 1 per person, may buy 1 additional as a gift. Online reservation required. Must use promotional value in 1 visit. Merchant is solely responsible to purchasers for the care and quality of the advertised goods and services.

These aren’t your grandparents’ escape rooms—and not just because there weren’t escape rooms when your grandparents were growing up. Guests immerse themselves in dark, intense stories, many of which reference or evoke famous horror movies and thrillers. That’s why every single one of them is for ages 14+, and some are only for ages 18 and older. Take a closer look at some of the experiences you’ll be having nightmares about for weeks to come:

Treasure Hunt: Players slip into the shoes of an elite art thief moments after a perfectly executed heist—perfectly executed, that is, except for the fact that they’ve just lifted a forgery, not the real thing. Now they’ve got to follow the clues to discover where the curator stowed away the real painting, infiltrate the museum again, and get out before anyone is the wiser.
Dream Hacker: With the advent of a new, experimental drug, the human subconscious can finally be explored in dreams, which is great news for would-be thieves with access to one of the world’s most influential financial executives. Players can influence the reality around them as much as they see fit as they attempt to discern their victim’s secrets, but be warned: if you don’t get out in time, you’ll be trapped in the dream forever.
Jail Break: Falsely accused and imprisoned in the very prison they were charged to protect, players take the roles of decorated soldiers left to rot in a concrete cage. Until a prison riot breaks out. As chaos surrounds them, they have one chance to take advantage of the situation and escape their unjust execution.
Haunted School: There’s a legend Japanese school kids tell each other about little Hanako-chan. It seems that back in the 1940s, there was a student who was bullied by all of her classmates until she finally committed suicide. Now, she roams the hallways of grade schools after dark, trapping those who disturb her in a living torture like the one she could not endure. But that’s all a legend, right? Right?