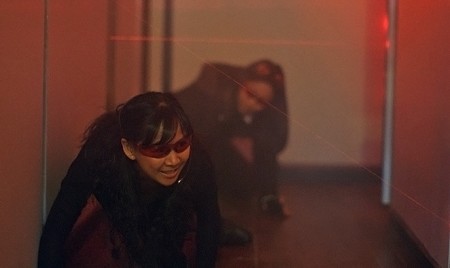 With today’s Groupon great deal to Guess HQ in Downtown Vancouver, for only $59, you can get Adventure-Escape Game for Two, $59 for Four, $79 for Six, or $89 for Eight! That’s a saving of 53% Off! You may buy 1 vouchers for yourself and 1 as gifts & the Promotional value expires 120 days after purchase.

Groups can select one of two live-action adventure missions: The Heist or Into the Depths.

Members receive 50% off mission-replay attempts, 10% off in-store merchandise, and 10% off all new missions for the duration of their membership.

In a Nutshell
Adventure rooms are an enhanced version of the popular Escape Room concept that plunges teams into a covert operation.

The Fine Print
Promotional value expires 120 days after purchase. Amount paid never expires. May be repurchased every 90 days. Online reservation required. Limit 1 per person, may buy 1 additional as a gift. For 2 person option: Valid between 3p.m. and 10p.m. daily. All other options available anytime. Must use promotional value in 1 visit. Merchant is solely responsible to purchasers for the care and quality of the advertised goods and services.

When new recruits file into Guess HQ, they’re debriefed by the organization’s leader, Zoey. Their mission, should they choose to accept it, is to steal back powerful artifacts from the shadowy and almost certainly nefarious Umbra Group. As a group, they have 45 minutes to rob a gallery with a sophisticated security system, search through a eerily abandoned mine, or solve the mysteries of an ancient underground temple.

Those storylines are part of what distinguishes Guess HQ from standard room-escape games. Sure, teams must escape by puzzling through hidden clues before time runs out. But Guess HQ’s spaces seem less like traps and more like exciting new terrain. Dubbed “adventure rooms,” they’re immersive spaces (not unlike movie sets) large enough for the operation to progress through multiple rooms. They’re also outfitted with cutting-edge technology: moving walls, magnetic locks, and even lasers to dodge and duck. Team members end up feeling like someone greater than an escapee—the star of an action film, maybe, or the hero of a video game.