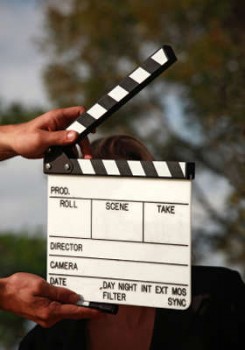 This is a limited 5-day only sale that will expire at midnight on Sunday, September 2, 2012. Click here to buy now or for more information about the deal. Quantities are limited so don’t miss out!

It’s a well-known fact that our fair city has earned the nickname “Hollywood North” — so it’s not surprising that you’ve been bitten by the acting bug. Get ready to hit the big time with today’s deal from Vancouver Acting School: a four-week Foundations I acting class for $85 (a $250 value). These weekly three-hour introductory acting classes will cover the basics of acting for TV and film — as well as help you ace every audition by helping you recognize the key elements of a scene. You’ll have a game-day plan for perfecting your sides and nailing your performance when you work with equipment like blue screens, cameras, and recording gear. Students at this school also get the added advantage of working out of GO Studios — a premier Hollywood North casting company — for an unparalleled perspective of an audition setting. Score this 66%-off deal, and you won’t be acting excited and happy — it’ll be genuine.

Fine Print
PAID AND PROMOTIONAL VALUES EXPIRES ON JANUARY 3, 2013. Limit 1 per person, additional as gifts • Valid only for new clients • Must be taken on the same day/time for 4 consecutive weeks • All classes must be redeemed by same customer; cannot be shared • Entire value must be used in a single visit.