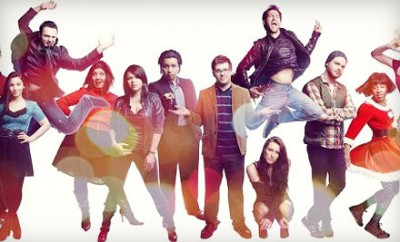 Today’s Groupon Vancouver Daily Deal of the Day: “Rent” presented by Fighting Chance Productions: $40 for Performance of “Rent” Musical for Two (55% Off)

This is a limited 5-day only sale that will expire at midnight on Wednesday, August 15, 2012. Click here to buy now or for more information about the deal. Quantities are limited so don’t miss out!

In a Nutshell
This Tony- and Pulitzer-winning rock musical follows an ensemble of artists as they fight through poverty, young love, addiction, and AIDS

The Fine Print
Expires Aug 18, 2012
Limit 2 per person. Reservation required; subject to availability. Redeem on day of show for a ticket at venue Box Office. Must show valid ID matching name on Groupon at Waterfront Theatre. Refundable only on day of purchase. Must redeem together to sit together.Discount reflects Fighting Chance Productions’s current ticket prices-price may differ on day of the event. Doors open 1 hour before showtime. HST included.

The winner of the Tony Award for Best Musical and the Pulitzer Prize for Drama, the rock opera Rent features irresistible tunes belted by lovably flawed characters, a combination that spawned a feature film and allowed the show to thrive on Broadway for 12 years. Set in Manhattan’s Lower East Side around the late 1980s, the show opens on a group of starving musicians, filmmakers, and creatives as they struggle against their former friend and current landlord for the right to live rent-free. Interspersed with scenes that focus on young love, LGBT issues, and financial stability versus artistic integrity, pairs sing duets such as “Tango: Maureen” and full-ensemble pieces such as the Act Two opener “Seasons of Love.” Based on Puccini’s classic opera La Boheme, Jonathan Larson’s script replaces the plight of tuberculosis with AIDS and addiction, adding urgency to his characters’ quest to make a significant and meaningful mark on the world.

With Rent, Fighting Chance Productions douses a third consecutive summer with the sounds of rock opera—a blend of genres that’s more successful than the regrettable death-metal nursery rhymes. A five-piece band on the Waterfront Theatre’s stage—transformed from the Tyee Machinery Building more than three decades ago—helps lend what the Province called a “gritty edge” to “a fantastic summer show.” Ryan Mooney directs the ensemble cast, which includes Emily Canavan as the exotic dancer Mimi, in a performance that the Province praised for “hit[ting] the right notes of confidence and vulnerability.”